Lyd: A water bottle that you never have to open

The California-based team behind Lyd is introducing a water bottle unlike any other. They are launching a no-spill bottle that can be electronically activated by your lips.

The mechanism behind this bottle is that its automated cap controls the flow of liquid. Its integrated smart lid opens at the touch of the user’s lips, closing once they’ve finished drinking. This technology, along with Lyd’s unique 360-degree access design, allows users to enjoy their beverage with a one-handed motion.

The bottle actually has an integrated touch sensor. When that sensor detects the user’s lips touching any part of the lid, it withdraws a motorized internal stopper, allowing the liquid within to flow out from all around the edge of the lid. 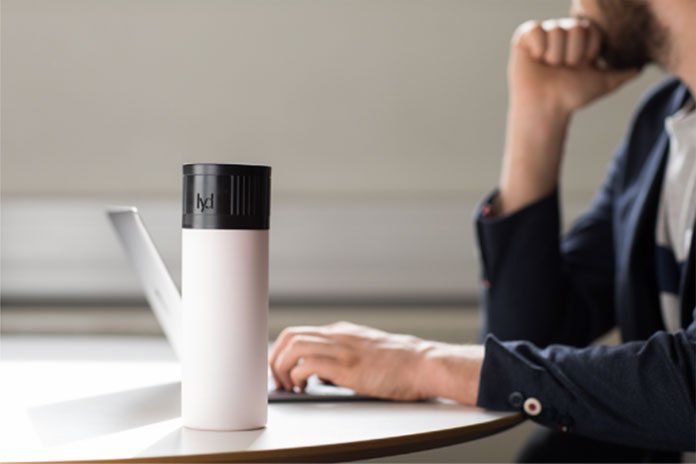 Once the user withdraws their lips, the stopper automatically goes back in place. The bottle is powered by an onboard rechargeable battery that once charged, can last for up to two weeks. Currently, the team behind Lyd is offering consumers two sizes: 13 oz. and 17 oz.

Founder Fredrik Krafft said, “I felt that consumers should be able to drink from the vessel as if it were a glass and never worry about their beverage spilling. Why should people worry about a beverage leaving the bottle if it is laying on its side? Voila! Lyd was born.”

The bottle, in addition, comes with a specialized vacuum flask interior keeps beverages hot or cold for up to 8 hours. With a 360-degree access design, Lyd promises no leaks, and one-handed intuitive drinking with its patented automation.

Making a record has never been so easy!
Read more

He produced dozens of plastic face shields with his 3D printer and donated to hospitals.
Read more

Snorkeling masks are turned into emergency ventilators to fight COVID-19

The prototype as a whole has been successfully tested inside the Chiari Hospital.
Read more