Equipped with 3D printed parts and graphene batteries, the Juno that is 3.5m wide aircraft can counter the effects of potentially dangerous lightning strikes and protect itself against ice buildup during flight.

Graphene, a semi-metal with many uncommon properties and the strongest material tested ever. It conducts heat and electricity efficiently and is nearly transparent. It is used in various medical, chemical and industrial processes. This such a multifaceted material is used in this aircraft parts.

Using graphene in aircraft also posses various benefits. For example, graphene can help reduce the overall weight of the aircraft to increase its range and potential payload. This is made possible in Juno because the graphene carbon used in Juno is around 17 percent lighter than standard carbon fiber. 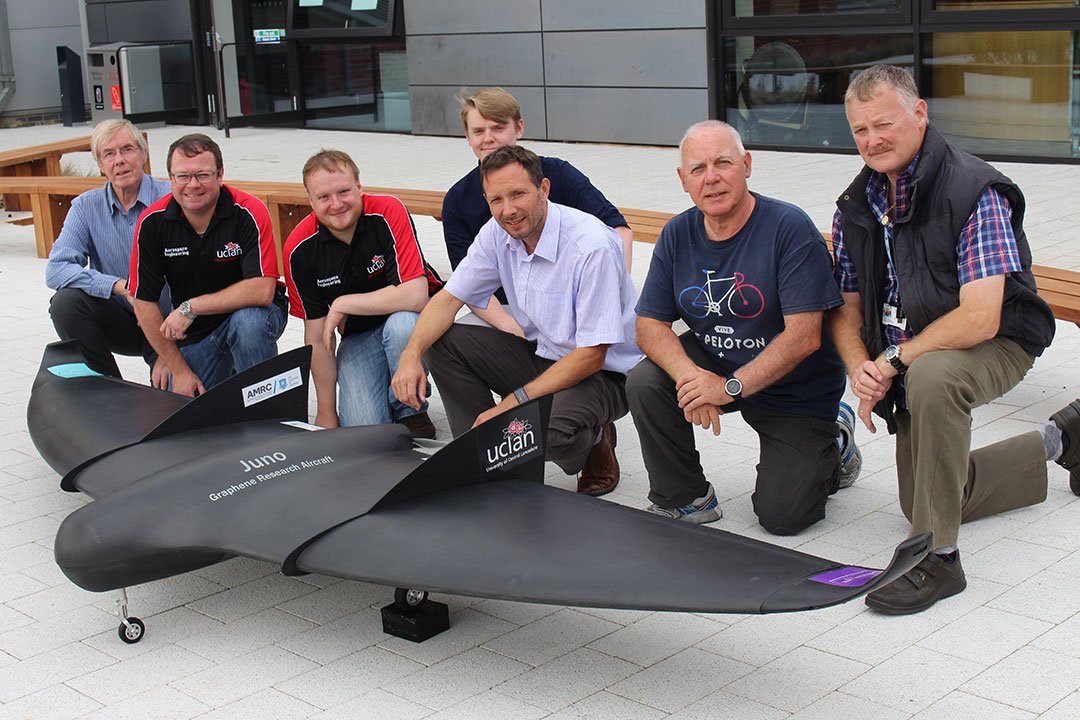 Billy Beggs, UCLan’s Engineering Innovation Manager said, “The industry reaction to Juno at Farnborough was superb with many positive comments about the work we’re doing.”

“Having Juno at one the world’s biggest air shows demonstrates the great strides we’re making in leading a programme to accelerate the uptake of graphene and other nanomaterials into the industry.

“The programme supports the objectives of the UK Industrial Strategy and the university’s Engineering Innovation Centre (EIC) to increase industry-relevant research and applications linked to key local specialisms. Given that Lancashire represents the fourth largest aerospace cluster in the world, there is perhaps no better place to be developing next-generation technologies for the UK aerospace industry.”

When inquired have discovered the previous graphene developments at UCLan have included the world’s first flight of a graphene skinned wing and the launch of a specially designed graphene-enhanced capsule into near space using high altitude balloons.

Engineering students at the university have been directly involved in the hands-on project, helping build Juno on the Preston Campus. Engineers recently unveiled the world’s first graphene-skinned plane at the “Futures Day” event at Farnborough Air Show 2018.

Using the device is as simple and convenient as ordinary sunglasses.
Read more

Here is NEON, Samsung’s “artificial human” that behaves like a real person

This more realistic “artificial humans” has the ability to show emotions and intelligence.
Read more

The e-plane, which is supposed to break the speed record for electric aircraft, has taken an important step forward.
Read more

Through the solar-powered desalination system it was possible to produce drinking water for 35,000 people a day.
Read more

The materials have antimicrobial effects, facilitate the release of fragrances and enable new colors and optical effects.
Read more

With Luca, the manufacturer want to show that this waste can also be a valuable resource that can still be used.
Read more