Until now, several approaches have been used for creating artificial muscles, but they all have limitations like they are heavy, slow or both.

Now, a team of researchers from the Massachusetts Institute of Technology (MIT) has developed contracting fibers that can serve as artificial muscles for the robot, prosthetic limbs, or other mechanical and biomedical applications. According to the researchers, this new fiber-based system is extremely lightweight and can respond very quickly. 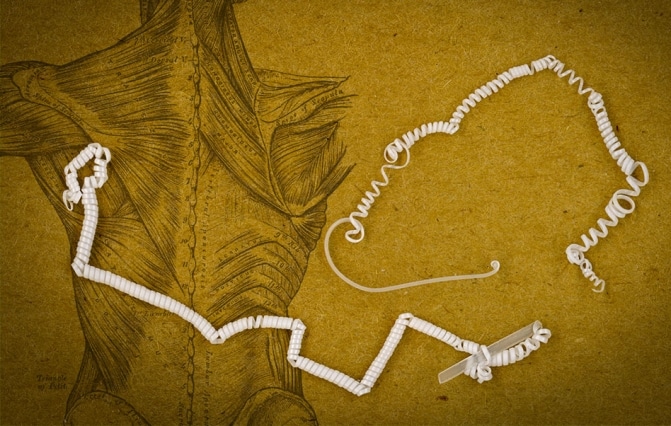 They combined two polymers having very different thermal expansion rates – a very stretchable cyclic copolymer elastomer and a much stiffer thermoplastic polyethylene – that reacts with a strong pulling force when subjected to even slight changes in heat. This single fiber coil is contracted and coiled after being stretched.

A slight increase in temperature could make the coil tighten up, producing a surprisingly strong pulling force. Then, as soon as the temperature decreases, the fiber returned to its original length. Even after 10,000 tries, the coil kept its shape and was able to contract and relax without any problems.

The new fibers can span a wide range of sizes, from just a few micrometers in thickness to a few millimeters, and they can be hundreds of meters of long. Apart from that, they are so strong too. During the test, a single fiber was able to lift up to 650 times its weight, and response times can be measured in milliseconds.

Besides, you can weave other elements into the fiber, too, such as nanowires to reveal the exact tension experienced or exerted by the fiber and heating elements such as optical fibers or electrodes to provide heat internally without having to rely on any outside heat source.

In addition, the fibers can be bundled together to provide greater strength for lifting heavier loads. The bundled muscle fibers could also provide automated, precise control to the robots.

These fibers can be used as actuators in robotic arms, legs, or grippers, and in prosthetic limbs, where their slight weight and fast response times could provide a significant advantage. Unlike other prosthetic limbs that weighs as much as 30 pounds, these lighter-weight actuators could make life much easier for those who use prosthetics.

The findings are reported in the journal Science.

Robots could help people with disabilities get dressed