PowerWatch 2 has the same technology used by NASA 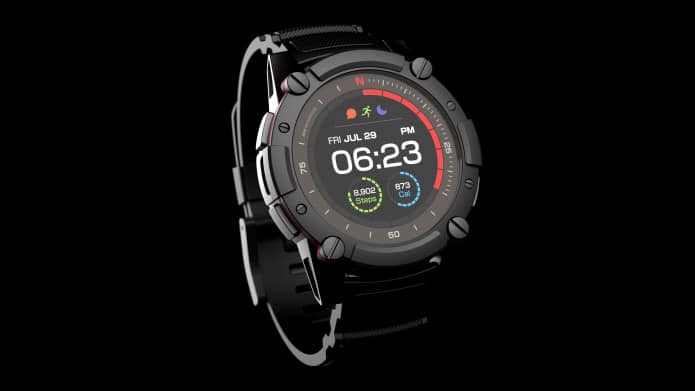 A team of experts in thermoelectric material science, thermal engineering, and manufacturing have launched the world’s most powerful smartwatch. This would be game changer watch which you never have to charge.

PowerWatch 2 is designed by an award-winning team of Matrix. It devised an intelligent technology utilized to power the widely known Voyager Spacecraft and the Mars Rover.

The smartwatch has the thermoelectric generators and all-new solar-cell technology, constantly generating more than enough energy to operate the built-in intelligent heart rate monitor, wherever, whenever. So to make this watch 100 percent charge free and free from additional cables and batteries.

Here, the thermoelectric technology converts heat into electric power. That is based on the Seebeck effect discovered in 1821. Well, in this watch they equipped the Matrix’s well-recognized technologies, the MATRIX Gemini and Mercury together to outperform any combination of thermoelectric and boost converter by 3X.

They say, “Matrix’s solar cell technology utilizes amorphous silicon that is superior to crystalline silicon when absorbing indirect and indoor light. The solar cell is laminated onto the display module for seamless construction and optical clarity.”

Similarly, this watch offers onboard GPS for precise location tracking, full-color LCD display, and power meter to track the energy you produce. Moreover, it features the most accurate calorie counter on the market and can measure pace, distance, steps, sleep, cadence and more.

PowerWatch 2 is water resistant to 200m and its applications are compatible with both iOS and Android.

It is equipped with all the necessities that a modern-day traveler might need to comfortably move through any city.
Read more

This unique curved barrier can protect people from the damaging effects of air pollution.
Read more

The launch vehicle would be near the capabilities of SpaceX's Falcon 9 rocket.
Read more

New type of rechargeable battery that could accelerate the shift to greener, electric transport on our roads.
Read more

FinchRing, a gesture controller for virtual and augmented reality