X One e-bike, a facial recognition e-bike to hit the market in 2020 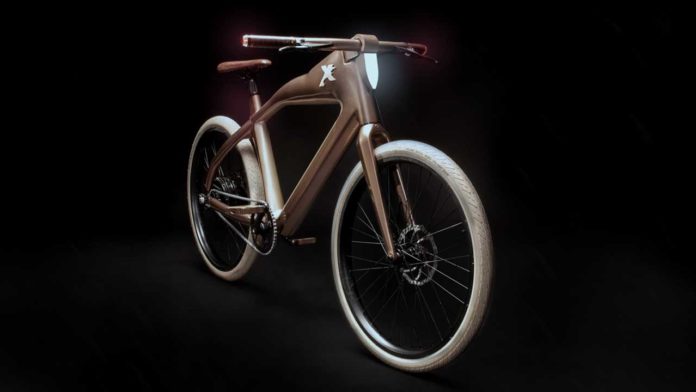 Design plays an important and sometimes even a key role in purchasing products. The team behind the X One e-bike is also aware of this fact. This gorgeous piece of electric bike design is trying to attract you in the campaign on Indiegogo.

The main asset of the bike is not only the design that Mat Rauzier has taken care of but also the multiple patented technologies that take its performance to the next level.

The futuristic X One has integrated an Android-powered touchscreen computer into its top tube. It allows users to perform various functions like setting motorized pedaling assistance level, checking current speed, and monitoring the battery’s charge status.

Besides, its powerful facial recognition software looks for the owner and automatically unlocks the bike when the owner is identified. Powered by Rayvolt’s EIVA control technology, the owner has all the settings for the bike available at the touch of a finger.

The aluminum-carbon frame also features a nearly invisible slipstreamed 42 volt, 16Ah battery that promises a motor-assisted pedaling range of either 50 or 75 km (31 or 47 miles) on a single charge. This removable Samsung or Panasonic battery pack takes around 4 hours to get fully charged.

What’s more? Some other features include a smart built-in head and tail-lights that are activated by an ambient light sensor to make riding at all hours of the day safer and easier. There are also direction indicator lights on the handlebars so that vehicles can also know which direction you are heading.

The X One e-bike has a weight of only 22 kg (48 lb). It also comes equipped with hydraulic disc brakes, handlebars with internal cable routing, and an optional 7-speed hub transmission. In addition, the first backpedal proportional regeneration system that lets riders simply roll the pedals backward to slow the bike.

It is available in several color finishes, including copper, red, gray, and green. If you like the X One e-bike, you can pre-order it through the official Indiegogo campaign. It is available in three versions – smart for $1999, smart+ for $2099, and power for $2199. Prices are currently discounted by 50% of the original price.

Both reflect the timeless design, outstanding technical features, and fascination of the Porsche brand.
Read more

Aussie Invader 5R can accelerate to 1,600 km/h in just over 20 seconds

The car is capable of breaking the World Land Speed Record and aiming at 1,000 mph in 2022.
Read more

It has achieved the latest milestone on its journey to becoming the world's fastest all-electric plane.
Read more

The compact caravan can be hauled behind a bicycle.
Read more

The company expects its first commercial air taxi routes to be opened in Singapore and Paris.
Read more