Walabot Home will detect fall and call for help

By Amit Malewar
October 25, 2018
Emerging Tech
Follow us on 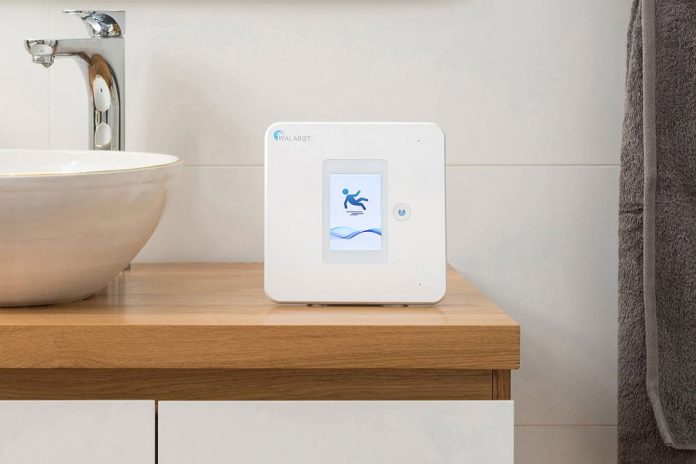 We usually wish to keep an eye on our beloved largely when they are unwell or living alone. Moreover, we want to support them in their fall, here it is literal. Yes, people are prone to falling mostly when they are sick or aged.

It is sometimes serious.

The Center for Disease Control and Prevention estimates that 29 million people over the age of 65 fall every year in the United States. Those falls result in about seven million injuries and can have long-lasting effects on the body.

This new gadget cannot avoid such grave incidences but can help to take quick action over it. Vayyar Imaging has invented a new gadget called Walabot Home. It looks like a white square photo frame to stick on a wall.

Walabot Home uses radar to monitor the occupants. The 3D maps produced by the radar can tell the difference between a person standing, sitting, lying down and actually falling down. Its chief function is to keep an eye on a fall. If anything such happens it immediately sends an alert to an emergency contact.

Anyone can use this gadget though it is boon to those are prone to falling. Besides, there is no camera devised so it has taken care of your privacy. Also, you need not to wear anything such as a belt, necklace or watch. Just stick it to the wall and forget. It will take care of you and your beloved automatically.

Raviv Melamed, co-founder, and CEO of Walbot Home manufacturer Vayyar, stated, “There are a staggering number of adults who fall in their own homes every year. Most falls happen without anybody else knowing that the event occurred.”

“People want to feel comfortable in their homes without the burden of needing to wear a pendant or medical alert device, but they still want the security of knowing that they can get help if they need it. Walabot Home is so effective because people can set it up and then relax, feeling secure in the knowledge it’s there just in case.”

During the study, “A team noticed two possible scenarios in case of a fall. In the first case, when a true fall occurs, the monitoring line on the screen of your Walabot HOME device will change from a fixed line to a moving wave, and the LED bulb will flash blue. Your device will then announce in a clear voice that a fall has been detected and that a phone call will be placed to your emergency contact.”

“This entire process, from the time you fall until the time your emergency contact is reached, is approximately two minutes. In the second scenario, your Walabot HOME will function exactly as described above, detecting a fall. However, if you can back up, you can cancel the alarm should no further action be necessary.”

Walabot HOME is designed to monitor bathroom spaces up to 10 X 10 feet (3 X 3 meters); i.e. 5 feet on each side of the device and 10 feet in front. It can only have an eye on this particular decided area.

It cannot keep a tab on the entire home or any area outside this decided space or bathroom. If your bathroom is larger than this size, the device needs to be placed in the area most critical for monitoring.

In addition to this, it should not be hung near metal (shelving or otherwise). In order for the device to function, it requires an electrical outlet within reach and a WiFi connection in the bathroom. If there is neither electricity nor WiFi, the device will not work.

They mentioned, “Emergency contact designated during the installation process will also need to download the free Walabot HOME App in order to enable two-way communication in the event of a fall.”

It cannot trigger an emergency alarm when more than one person present in the defined space or in the bathroom.