Nike unveiled its “Joyride Run Flyknit,” which is designed for both casual and every-day runner. Nike engineered a unique, responsive cushioning system that adapts individual foot strikes and offers high levels of comfort and impact absorption as your feet hit whatever surface you’re running on.

The cushioning system is made out of pods filled with thousands of thermoplastic elastomers (TPE) – similar to plastic and rubber – beads that mould to the runner’s foot shape and stride over time. The company says the idea with Joyride is to “make running easy” and give you more personalized comfort.

The Joyride Run Flyknit are the first Nike sneakers to feature the visible and colorful beads (as you can see in the image), which give them a great look.

These beads are spread within the pods at the base of the shoe to allow the foam to expand in all directions as you run. The pods are also different in size depending on which area of the foot they are covering, for instance, large pods for the heel of the foot to absorb impact and smaller pods for the forefoot.

The designer team eliminated the removable sock liner commonly found in trainer shoes. Instead, they used a thin layer of material that is seamlessly sewn to the rest of the insole. This will allows the user to come into closer contact with the beads to activate the system through the foot’s force compression, to conform to your foot shape and stride.

In addition, durability was also a major focus during the development of the Joyride Run Flyknit; also, the cushioning system showed no concerns in the wear-and-tear department.

The Joyride Run trainer is Nike’s most sustainable, zero-waste material, and the beads inside it are also recyclable. Whole shoes can also go through Nike’s worldwide Reuse-A-Shoe program, which collects and recycles used shoes and transforms them into Nike Grind, a material used to create courts, tracks, fields, and playgrounds.

The company’s Joyride Run Flyknit will launch nationwide on August 15th for $180, while the NikePlus members will have access to the shoes up earlier, on July 25th. It is also working on women- and kid-specific models that are going to have the bead-filled cushioning system. Those other models will be commercial later this year. Read more here. 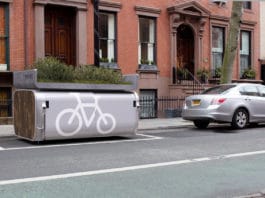 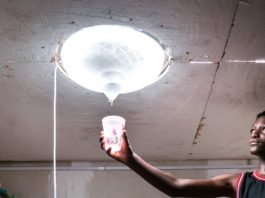 An engineer replaces wheels on a bike with circular saws to... 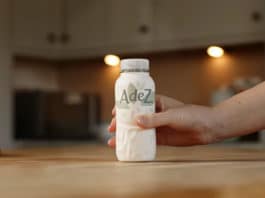 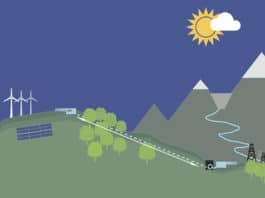 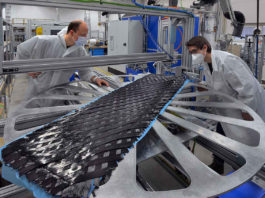