b-Mola GO: A Medical grade air purifier for every home

An air purifier or air cleaner is a device which removes contaminants from the air in a room. The traditional air purifiers are not adequately efficient to clean the air, abolish odors, and reduce pathogens and allergens in the air.

Doctors of the Hong Kong University of Science and Technology Entrepreneurship Program invented NCCO technology. NCCO is called Nano-Confined Catalytic Oxidation, which is different from the traditional air purification tech.

Instead of absorbing the chemical pollutants, NCCO technology sanitizes up to 99.97 percent of harmful air and smell, and at the same time kills up to 99.99 percent of bacteria and viruses.

Researchers explained why NCCO is better, “Conventional air purifiers, such as active charcoal, only absorb, but do not decompose the pollutants. As a result, it can only on average last about 3 months. Once the filter is saturated, the absorbed pollutants will be released back into the air and cause “secondary pollution”, which can be very harmful to your health.”

“In contrast, NCCO decomposes pollutants, bacteria, and virus, and can last 12 years without being replaced.”

2. The VOC Purification Test, “We used acetone[1] to test the ability to purify VOC. After we dropped the acetone in the beaker, it started to volatilize in the box and the VOC concentration indicated a drastic increase. In the end, the data was stable around 170 ppm[2]. When b-MOLA was turned on, almost all the acetone in the box was purified; showcasing the capability of b-MOLA against VOC and other toxic gases.”

[1]Acetone (propanone) is the organic compound with the formula (CH3)2CO. It is a colorless, volatile, flammable liquid that is the simplest and smallest ketone.

3. The Sterilization Test explanation, “We used two Petri dishes for this testing. One of the Petri dishes was put in the open area while the other was put in a space with the b-MOLA GO. Then we turned on b-MOLA GO and timed what happened.”

“3 days (72 hours) later, the petri dish in the open area generated visible bacterial colonies, which means an exponential bacterial growth occurred. The petri dish with the b-MOLA GO, however, looked the same as before. It proves b-MOLA GO is effective in killing bacterias and viruses.”

HEPA filter – It is to eliminate the solid pollutants in the air, such as pollen, dust, or smoke.

The Active Oxygen Generator – It kills bacteria and virus.

NCCO filter –  It instantly cleans odor, pollen, smoke, organic pollutant gases, VOC, and kills bacteria and viruses. It can last up to 12 years. 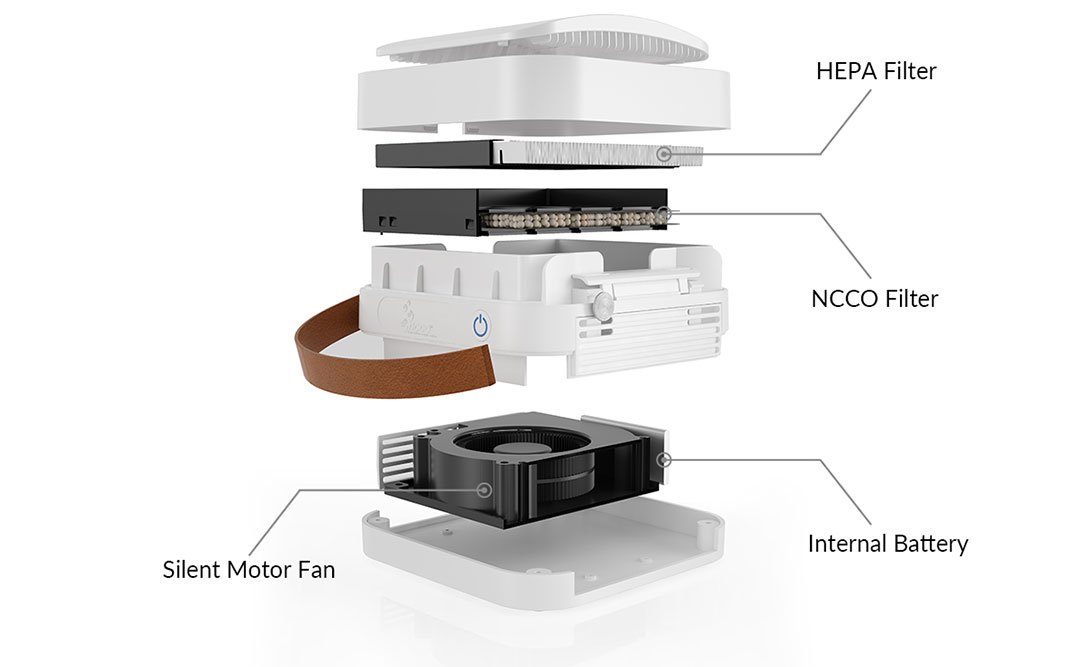 Its portable and internal battery design make it highly convenient and easily movable. That’s why it can be utilized anywhere in a bathroom, bedroom, office, living room and car.

Inventors stated about testing, “It was first implemented in hospitals and medical labs to kill bacterias, viruses, and clean formalin odors in rooms and bathrooms. After much positive feedback, b-MOLA was created. NCCO technology was then implemented in landfills and now into consumer homes currently.”

The smallest and smartest sterilizer work with multiple smartphones

Boeing’s CST-100 Starliner is in orbit, heading for the ISS